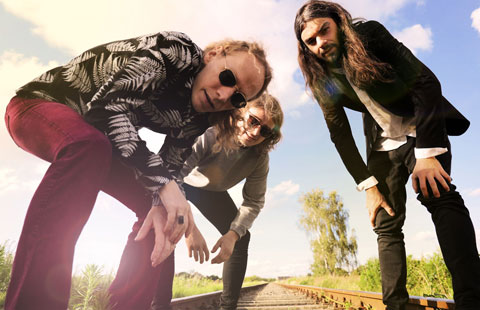 WEDGE was born into the spotlight in Berlin in 2014, founded by guitarist/singer Kiryk Drewinski (ex- Liquid Visions & ex-The Magnificent Brotherhood), drummer Holger "The Holg” Grosser & bassist/organist Dave Götz. The power trio describes their unique sound as driving a wedge between many different musical genres like hard rock, garage, progressive rock, psychedelia, stoner rock and all good kinds of vintage flavoured long hair music. This magic mixture allowed the band to establish a wide-ranging and steadily growing fan base all across the planet. Playing hundreds of ecstatic gigs in numerous European countries and beyond the group earned their reputation as a fantastic live act. Famous festivals like Bukta Open Air, Desert Fest, Stoned from the Underground, Duna Jam, Burg Herzberg Festival etc. and support gigs for Fu Manchu (US), Blues Pills (SE), Kadavar (DE), Orchid (US), Simo (US), to name but a few, are noted in the group's live diary. Aside from being constantly on the road WEDGE released two studio albums on the Heavy Psych Sounds label: the self titled debut (which has been re-released as HPS019 in 2018) and "Killing Tongue" (HPS068, 2018). WEDGE's latest record, "Like No Tomorrow" will be released in 2021, also on HPS Records (HPS146). 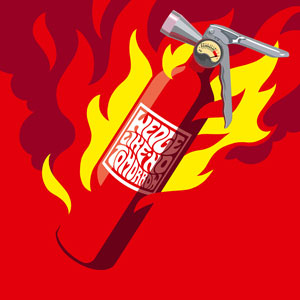