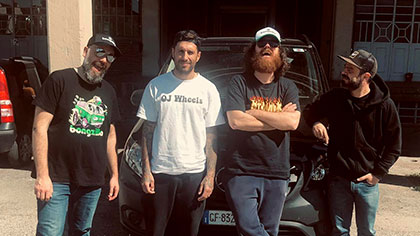 Tons formed in 2009 with members of hardcore bands from the Turin scene (The Redrum, Lama Tematica and NoInfo). Slow and heavy sounds take the place of the frenetic HC rhythms; the texts speak about weed in an ironic way, but also about a certain tendency to esotericism that characterizes the city of Turin. In 2010 they recorded a demo and in 2012 the first full length “Musineè Doom Session”, recorded by Danilo “Dano” Battocchio, was released for the Turin-based Escape From Today and for the Roman Heavy Psych Sounds. In 2013 a split with Lento from Rome came out and Tons began to plow the European venues, opening the stage for bands like Bongzilla, Unsane, Church of Misery, Napalm Death, Pentagram etc ..... In 2014 they were invited to play at the Duna Jam in Sardinia and at the Incubate Fest in Tillburg (NL). In 2015 the drummer Marco Dinocco left the band and was replaced by Andrea Peracchia (Dogs for Breakfast/Slaiver). Paolo Paganelli (Woptime/Linea77) was also added as a solo guitarist. In 2018 the second full length of the band "Filthy Flowers of Doom" was released for Heavy Psych Sounds Rec., which would bring Tons again around Europe in 2018 and in 2019. 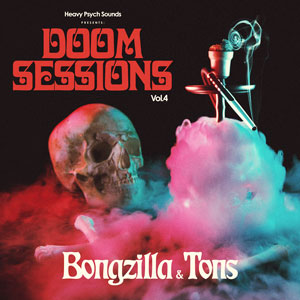