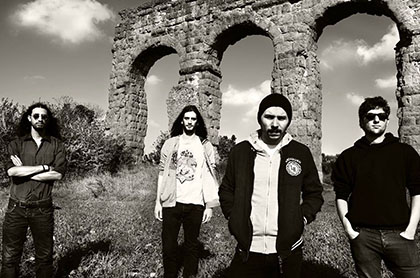 The Wisdoom is a doom/sludge/heavy psych band based in Rome (Italy) and formed at the end of 2010 by Dario Iocca, Francesco Pucci and after joined by Luigi Costanzo and Daniele Neri.

In June 2011 the band released their first self-title EP that received enthusiastic feedbacks from the critics and audiences, so much that the song “Katabasis” has been selected to be part of the soundtrack of the movie “Paura” by the italian masters of explotations films Manetti Bros.

They are now going to release for the label Heavy Psych Sounds Records: “Hypothalamus”, their first full length with 4 brand new songs for 45 minutes of pure ecstatic violence through a desperate and lysergic trip over sleep phases. "Hypothalamus" is mixed and mastered by Lorenzo Stecconi (who worked with Ufomammut, The Secret and his band Lento)

The Wisdoom have also shared the stage with world renowned bands such as Orange Goblin, Eyehategod, Hate, Peter Pan Speedrock, and taking part in festivals like Duna Jam, Stoned Hand Of Doom and Acid Fest. 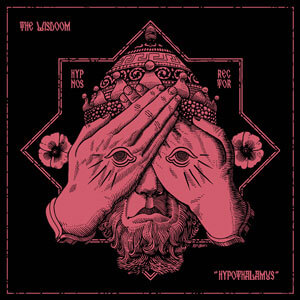