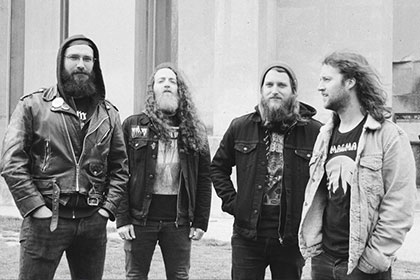 In mid- 2016, Hannes, Arik & Shardik decided to start a new project together. Arik & Shardik, at that time have already been playing several years together in „Pastor” and were looking for someone to jam with. By chance they met drummer Hannes at a Saviours show in Vienna. Shortly afterwards RYTE was founded. The only thing that was still missing was a bass-player. The band finally found the last missing part in late 2016 and was then a complete four-piece with Lukas on bass. They spent at least one intense year of continuous rehearsals and songwriting sessions in order to get a live-set and of course, an album together. In late 2017 they set up their very first (private) show at their rehearsal space in Vienna, spiked with a mind-blowing liquid light show done by “Ufonauten”. Then, in 2018 and '19 they were lucky enough to play festivals like Lake on Fire, Stick & Stone and share stages with amazing like-minded bands such as Sacri Monti, Golden Void and Mothers of the Land just to name a few! Since day one, the band's goal was to play sophisticated, mostly instrumental Heavy Psych with little hints of classic Prog, Space Rock, Doom and plenty of other stuff. Speaking of influences, the band is not limited by any means as long as it sounds fresh and interesting and does the band's initial idea of adventurous heaviness justice. RYTE’s self-titled debut album will be out soon via Heavy Psych Sounds! 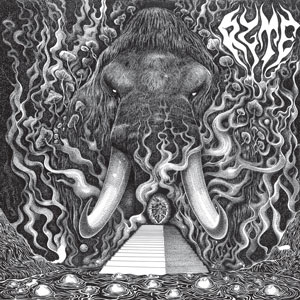