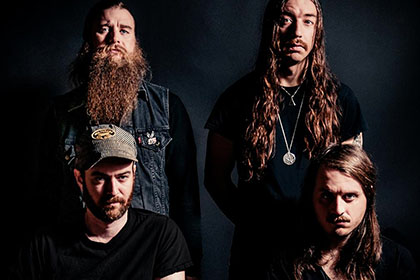 Formed in Brooklyn, NY by John Bundy, Ryan Lugar, and Eli Pizzuto, Naam released their first self-released EP Kingdom in early 2009. Many people took notice and NAAM was quickly signed to the renowned Tee Pee Records. In October of 2009, Naam released their debut self-titled LP, Naam via Tee Pee and proceeded to tour nationally, supporting acts like Nebula, Orange Goblin, Radio Moscow and The Entrance Band. In 2011, NAAM embarked on their first European tour, supporting The Atomic Bitchwax and appearing at the Roadburn Festival.