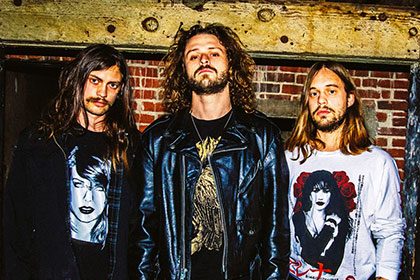 Mountain Tamer takes the expansive vision of pure psychedelia and pares it down through the brooding and focused lens of doom and stoner rock. Guitarist/vocalist Andrew Hall, drummer Casey Garcia and bassist Dave Teget, formed their signature fusion of heavy psych rock in 2011 just outside of San Francisco. Now based in Los Angeles, Mountain Tamer's cult following is built on their DIY ethics, inimitable songwriting, and in your face live performances. After self-releasing several demos, the band released their s/t debut album in 2016 on Argonauta Records. Mountain Tamer toured heavily following the release, playing with notable acts along the way such as Fatso Jetson, Weedeater and Dead Meadow. In 2018, Mountain Tamer teamed with Magnetic Eye and Nasoni Records to release their sophomore album, Godfortune// Dark Matters to critical acclaim for its unique approach and genre bending aesthetics. The band rode this success to a full US tour and appearances at SXSW in 2019. The band quickly followed up with a taste of their upcoming album, Psychosis Ritual, with their single, Death in the Woods. Although only a teaser of their next work, it has quickly become a fan favorite. 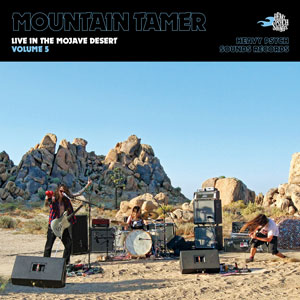