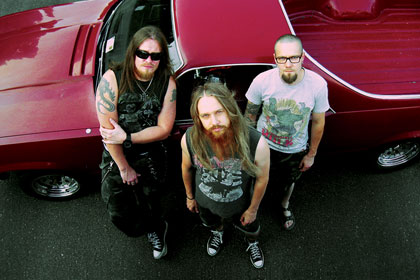 Metal worker, garbage truck driver and a nerd. Three unwillingly fitting pieces blowing their horns to the style of their liking, heavy fuelled groovy stoner rock. Started in 2012 as the tear dropping brain fart of Tuomas Heiskanen and Perttu Härkönen, later to be joined by a garbage collecting angry man Jani Kuusela. Together they share a passion for the ‘90s heavy/stoner rock where Fu Manchu, Nebula, CoC and Down play an important part in. Wired to recreate the music of their teenage prime the band has released two albums through Heavy Psych Sounds. Their first release, a combination of two earlier recordings, was in 2016 which was followed by a maiden tour in Europe. The second album to be released sometime during the spring of 2018.

Here’s what The Obelisk had to say about the first album:
Boasted a sound born out of heavy Fu Manchu influence, with a tonal touch of Queens of the Stone Age bounce and desert-bred groove. The trio of vocalist/guitarist Tuomas Heiskanen, bassist Perttu Härkönen and drummer Jani Kuusela thicken up nodding, momentum-rich riffs and offer a return to ’90s stoner heavy purity without sounding retro or like they’re 20 years behind the times — at least not any more than they want to be. The songs on their two offerings to-date offer catchy, The Action is Go-style stomp, where a slower lurch that maximizes the groove at play. 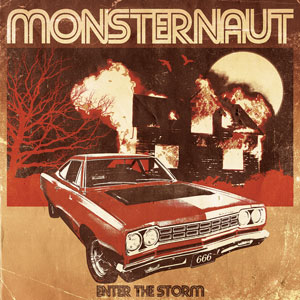