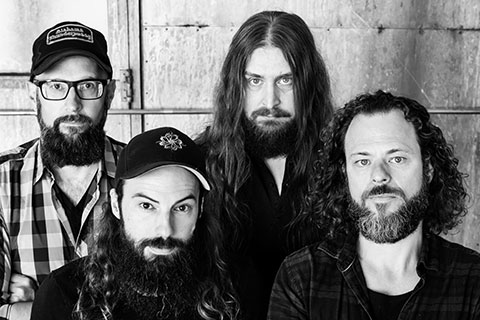 Komatsu is formed early 2010. Members of locally acclaimed bands from Eindhoven Rock City joined forces. Their years of music experience in all kinds of bands and individual creativity, created a brutal mix of sludge, stoner and metal... KOMATSU is born!

The band released a self-titled EP in 2011. After that, they focused on live shows and writing material for their first full length album. “Manu Armata” saw the daylight in February of 2012 and was instantly well received by the international press. It got raving reviews and Komatsu’s music style was compared to bands like Queens Of The Stone Age, Torche, Mastodon, Monster Magnet and Karma to Burn.

Over the past years Komatsu has shown growth and was asked to support internationally well-known bands like Truckfighters (SWE) and a wide range of bands from the US: Karma to Burn, The Sword, Red Fang, Clutch, Nashville Pussy, High on Fire, Corrosion of Conformity and Baroness. They also performed at the official Queens Of The Stone Age after party in the Effenaar in Eindhoven. In 2014 they went on a European tour with none other than John Garcia (Vista Chino, ex-Kyuss, Hermano, Unida and Slo Burn) and played 32 shows in 13 countries. In 2015 Komatsu went on tour with another Palm Desert scene stoner hero: Nick Oliveri’s band Mondo Generator (USA).

“Recipe For Murder One” was released September 2016 and showed that the band gained confidence and experience. On the album you can hear Nick Oliveri on vocals on two songs. The album took the band on various tours throughout Europe with Duel (USA) in October 2016 and the Freeks (with Ruben Romano, ex-Fu Manchu) in March 2017. The album even took Komatsu to Brazil for a stand alone tour. The album appeared in several annual lists of best albums of 2016, and the song "Lockdown" (with a guest appearance by Nick Oliveri on vocals (ex-Kyuss, Queens Of The Stone Age) was nominated by 3voor12 as song of the year.

After playing 85 shows in France, Germany, Belgium. Italy, Switzerland, England, Scotland, Ireland, Spain, Portugal, the Netherlands, Brazil and Austria in support of the album “Recipe for murder one”, Komatsu entered the Void Studio with producer Pieter Kloos to record “A New Horizon”. This album was released in January 2018 and marked their return to Europe and Brazil for several tours. Komatsu supported Brant Bjork in their hometown and with that completed a straight quartet: they played with all four ex-members of Kyuss (Garcia, Oliveri, Bjork, Homme)

After their latest European stand alone tour in December 2019, Komatsu felt it was time to record a new studio album. In February/March 2020 the Super Massive Mother Sludgers recorded a new studio album, this time at Studio Iglesias, Eindhoven.
The new album is recorded and produced by Peter van Elderen (Peter Pan Speedrock) and Komatsu and is mastered by Pieter Kloos. The artwork is made by Lotte Voorhoeve. The album was recorded just before the Covid-19 pandemic and will be released at the beginning of 2021 at Heavy Psych Sounds. With 9 new killer songs, Komatsu is more than ready and waiting to hit the road again!

Over the past years Komatsu has had the pleasure to have shared stages with: 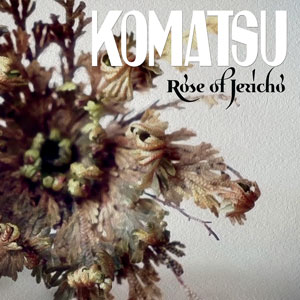