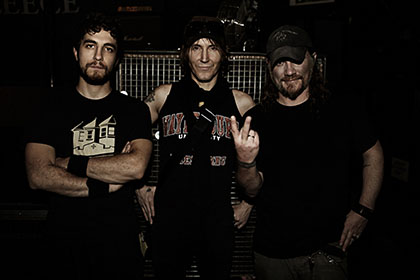 In 1995 ‘KARMA TO BURN’ put instrumental rock music on the map. Hailing from the Appalachian mountains, swigging on hip flasks full of cheap whiskey and 20/20 vodka, ‘KARMA TO BURN’ started their journey with only a backpack full of riffs and a bad at- titude for authority.

After signing to Roadrunner Records in 1997, ‘KARMA TO BURN’ released their first album (self titled). Roadrunner insisted that the album include vocals in order to mar- ket the release to a wider audience. The group ultimately gave in and found a vocalist, but the members knew this was a temporary fix. The music they were writing did not need vocals; it spoke for itself. After the album was released, the vocalist was ditched, leav- ing the band free to pursue their original purely-instrumental vision. This vision paved the way for two seminal and critically acclaimed masterpieces ‘WILD WONDERFUL PURGATORY’ (1999) & ‘ALMOST HEATHEN’ (2001). Each of these records, now regarded as classics, brought the group a steady stream of success and attention. Despite this tremendous musical success, controversy and inner tensions ripped through the heart of the band like a forest fire, and the group imploded in 2002.

In 2009 ‘KARMA TO BURN’ reunited, relocated to Los Angeles, and returned to pur- suing the instrumental vision that they originally created. While in L.A., the band produced two new albums, ‘APPALACHIAN INCANTATION’ (2010) and ‘V’ (2011), both released on Napalm Records. In addition to writing new material, ‘KARMA TO BURN’ re- released their original self titled debut without vocals, as it was originally intended to be heard.

The two new albums, however, integrated a more experimental approach to their musi- cal style. For the first time ever, cover songs were introduced, solos were written, and vocals even made an appearance for the first time since the debut album. While dem- onstrating that they had matured as musicians, there was a primal craving for a record to match up to the groups earlier releases.

‘ARCH STANTON’ will be released by FABA Records/Deepdive Records on August 15th, 2014 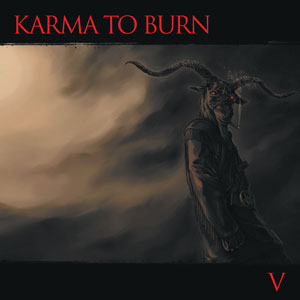 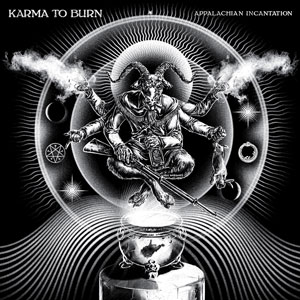 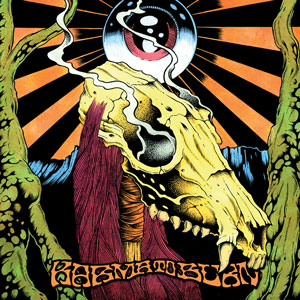 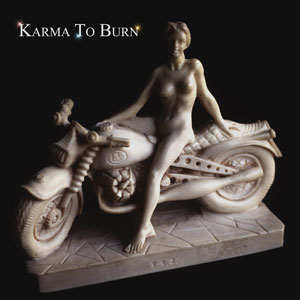 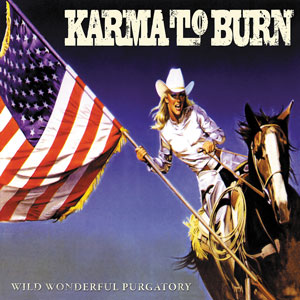 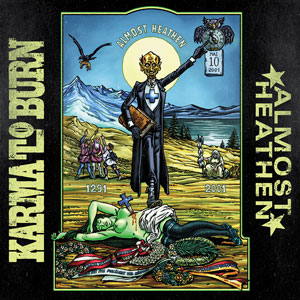