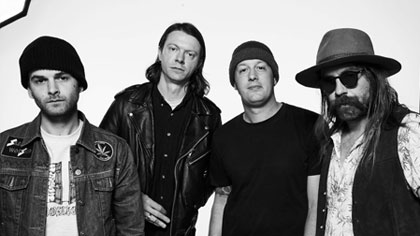 Formed in Melbourne in 2014 Holy Serpent released their self-titled debut through LA based label Riding Easy Records. "Oozing with thick riffs, iceberg paced tempos and fuzzy melodic foraging" -Metal Hammer. With a steady stream of shows over the past 4 years, Holy Serpent have cemented their place in the Australian heavy music community, spreading their brand of psychedelic Shroom Doom in high dosage accross the country. Sophomore album "Temples" was released in October 2016 to critical acclaim. "More hot primordial action as Holy Serpent arise from their basket of Psilocybin devilry" - Classic Rock Magazine. Having spent the last couple of years supporting and touring with some of the the biggest names in the genre, Holy Serpent continue to refine their approach to riff worship. With recording of a third LP to take place in December 2018, and plans for further touring abroad, it's safe to say that Holy Serpent's venom is more potent than ever before.