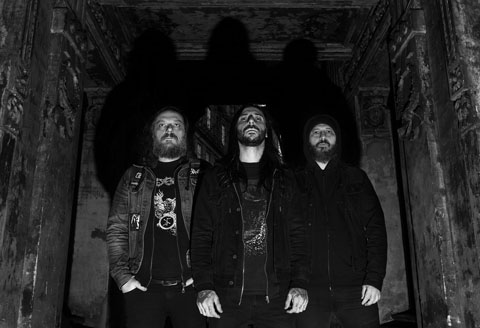 Grime starts its mission in Trieste, Italy during summer 2010.
Their only goal is to bring destruction to a town near yours.
Their sound is rooted into rotten burial ground and their songs are the voice of a decaying swamp filled with trash.
Their slow and heavy groove is filthy and vicious, guitar riffs are sharp and covered with rust, drums and bass hit with the unstoppable power of a mud avalanche.

Metal Injection Magazine wrote about them: ”They sound like a train pushing through a tar pit”.

In 2011 they released their self-produced EP, later reprinted in 2012 by Mordgrimm Records (UK), which was received as one of the best first works in the contemporary sludge/doom scene.

One year later, in 2013, they released their first full-length “Deteriorate” trough Forcefield Records (US). The record has been recorded by Enrico Baraldi and mixed and mastered by the legendary Billy Anderson. With this album they concentrated on a more atonal, filthy and less groovy sound. Deteriorate has been received really well by the Decibel Magazine, Terrorizer, Metal Injection, Cvlt Nation, Invisible Oranges and The Obelisk, among others.

After a year of touring as a three-piece, they welcomed a new guitar player as a fourth member and started working on their second LP, adding some old school raw Death Metal elements to their distinctive sound. In late 2015 "Circle of Molesters”, recorded by Lorenzo Stecconi (Ufomammut, ZU) and mastered by Brad Boatright at Audiosiege, was released by the newborn Argento Records (NL) and got some great reviews, that unanimously talked about it as a great progression for the band’s sound. Circle of Molesters was named Sludge album of the year by Cvlt Nation, reached the top 5 of various album charts and got sold-out quickly.

Over the years the band did a bunch of European tours (with Converge, Windhand, Cough, Fistula, Today is The Day and -16-, to name a few) and had the honour to play some great European festivals, such as Roadburn, Heavy Days in Doomtown, Bloodshed Festival, Barroselas Metal Fest, Metal Days and Desertfest (London and Belgium), they were also invited to play two festivals in Russia with Suma. In 2018 they toured the US West Coast with Cough and in 2019 Europe with Windhand. Back to being a three piece for the past three years, they are ready to release new material in 2021 to celebrate the 10th anniversary of their debut. They will come spreading their plague over your town very soon. Be afraid. 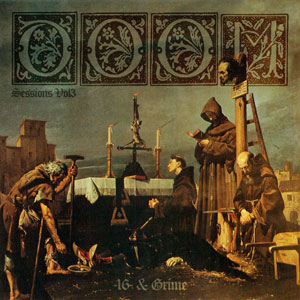