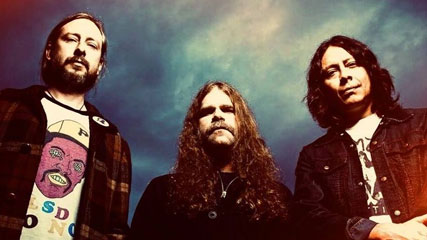 Drummer Mario Rubalcaba moved back to his native San Diego to join Rocket from the Crypt, and eventually encountered future Earthless bassist Mike Eginton.[2] Guitarist Isaiah Mitchell had been playing with a band called Lions of Judah when he met Eginton.[3] Mitchell, Eginton and Rubalcaba discovered they all enjoyed Japanese psychedelic rock and German krautrock.[3]

Eginton suggested the name Earthless,[3] inspired by a song titled likewise by a 1960s American rock group called the Druids of Stonehenge. The trio accepted the name for its "psychedelic ring" and ambiguity,[4] but by then they had already been together for at least three months (five rehearsal sessions and one live show) without one.[3] At the group's earliest rehearsal, they played songs from Led Zeppelin[5] and Black Sabbath[3] interspersed between lengthy improvisations;[5] at their second session the band only played their own material. They played their first live show together at the Casbah, a venue in their native San Diego, but in general they found it difficult to come together for rehearsals or shows owing to Rubalcaba also playing drums for Rocket from the Crypt at the time.[3] He also played in Hot Snakes for a time, but after both groups disbanded, Rubalcaba and his Earthless bandmates had more free time to devote to their new project.[2] 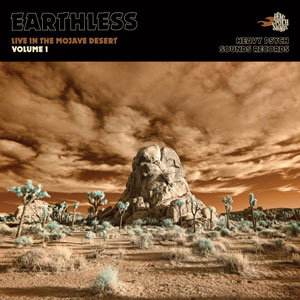