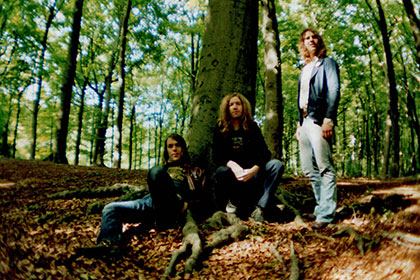 San Francisco's Dzjenghis Khan were formed in 1977 by three young savants whose identities have been the subject of much speculation over the years. Although many tomes have been written and several rock "scholars" driven literally quite insane trying to unearth such minutiae as their names and favourite colours, the only fact agreed upon by this country's legitimate music publications (the "Big Three" as they're known) is that none of them had any previous musical experience or even knew what it was for that matter. The rest is merely conjecture. By the turn of the century the band was made up of Binxebus Eruptum on bass, Lane Rider on guitar and Tommy Tomson on drums. It is unknown which member sang. None of these men had ever even met any of the original members as there had been approximately 333 lineup changes at this point in the band's career but again this figure has been widely disputed. Convinced by Dutch entrepreneur Guy Tavares to abandon their lives in S.F. and move to Den Haag in 2007 the band recorded what would become their penultimate L.P. Once released on Motorwolf and Leafhound Records on their respective continents both corporations of course promptly declared bankruptcy and most copies of the release were destroyed shortly thereafter. None of said members returned our calls and it is believed their refusal to participate in this reissue project is due to their conversion to Jehovah's Witnessiscism, assuming such a thing exists. As recording engineer Hans Koolstra once said; "There is no left or right channel. Only centre! That's it. I'm leaving." 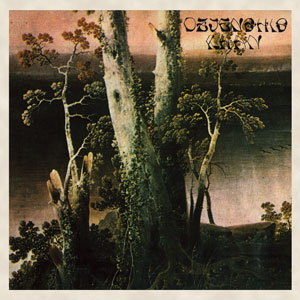