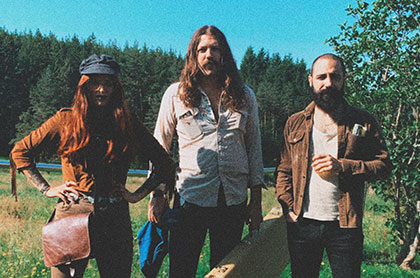 Cachemira was born in the summer of 2015 in Barcelona, the band started as a duo composed of drummer Alejandro Carmona of Prisma Circus and guitar player Gaston Lainé of Brain Pyramid (that had recently moved to Spain), after some intense nights of jams they were finally joined by bassplayer Pol Ventura (1886) to complete the actual line-up.
All three members meet during shows with their respective bands and decided to gather forces to develop each others compositions. Until early 2016 they kept composing in the search of their old school psych rock dynamic.
From January 2016 with a brand new set, the band started to play as much shows as possible to try out their sound. Through a bit more than half of the year they played various cities through Spain, Portugal, France and Germany, sharing the stage with some international bands from the Psych Rock, Stoner scene.
Recording of the first record started in June 2016 and was finished in August right after they were back from a short summer tour where they played in Sonic Blast Moledo, the band has since then matured its sound and keeps on with composition and shows ,developing a genuine heavy psych blues experience! 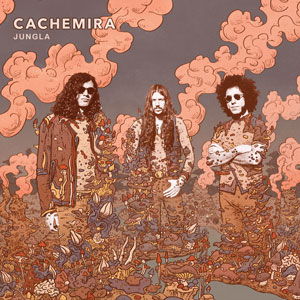