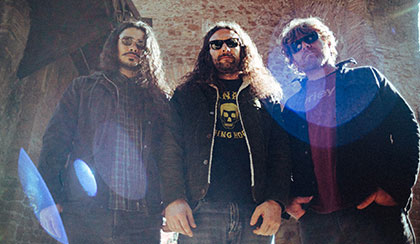 Black Rainbows are now established among the best Heavy Psych Stoner Space band coming from Europe, spreading the word of Fuzz since 2007!

Their sound has oozed between classic ‘90s-style stoner fuzz and deep-cosmos psychedelia, drawing on the best of hard-driving space rock to conjure a vibe totally tripped-out. Two years after their last outing, Black Rainbows enter 2020 refreshed and with well-earned veteran status resulting from countless tours, festival appearances, and their track record of absolutely unstoppable energy.

The band is ready to release this spring their 8th album: “Cosmic Ritual Supertrip”. The new album been recorded at Forward Studios in Rome on an incredible Neve consolle recorded and mixed by Fabio Sforza same engineer of thelatest album “ Pandaemonium” . The new beast has a monolithic force: guitars, drums, bass are all glued together and give the listener a punch on his face!

This album has a magic power mixing together the 70’s attitude with the doom-occult sound and the stoner rock in a masterful way. 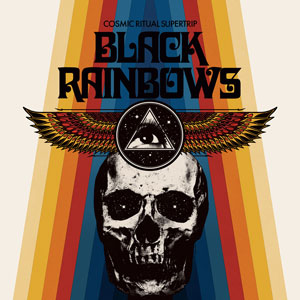