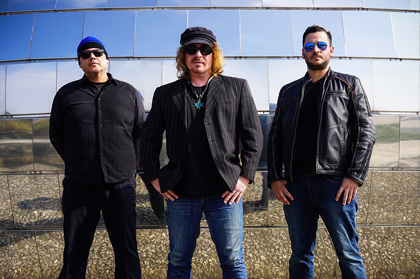 The band features the mighty Alfredo Hernandez who has played on some of the very best Desert Rock Albums ever, including 'and The Circus Leaves Town' by Kyuss and the critically acclaimed self titled debut LP by Queens of the Stoneage.
His distinctive drum sound can also be heard on Josh Homme's desert sessions where Alfredo worked with many acclaimed musicians.
He teamed up with fellow desert musician and former Kyuss drummer Brant Bjork for the Che Sounds of Liberation album.
He worked again with Nick Oliveri in Mondo Generator.
Over the last decade Alfredo has worked with Avon's lead singer James and with former Kyuss member Chris Cockrell in Vic du Monte's Persona Non Grata signing to Cargo records Germany and performing on four studio albums and two live releases.

James Childs saw success with British rock group Airbus and it was indeed one of the last artists of it's kind to sign to the label giant BMG for a deal with a large advance for recording and development before the millenium.
He has also worked with Geoff Barrow of the UK trip hop group Portishead for the release of a rock reconstruction of the hit single 'Sourtimes' for release on the American market.
They worked together again on North American and European tours in 2012 and 13 with 'Beak>' .
In 2007 James worked on a project in Los Angeles with 'Philthy "Animal" Taylor formerly of Motorhead that was called 'Little Villains'.
James has also seen success in Film and Televison having written the theme tune to Disney's worldwide hit cartoon "Kick Buttowski".
Kick Buttowski is a hip cartoon that is driven by hard hitting rock music that earned James an Emmy nommination in 2011 for best cartoon theme tune.
He also joined the Australian 'Showtime' production team in 2014 and toured the world twice over with sell out performances.
James and Alfredo have completed no less than 6 LPs and18 tours together!

Charles Pasarell is a musician from the California desert who had cut his teeth with the Palm Springs band 'Waxy' that has worked with the likes of Kyuss singer John Garcia and toured with successful artists such as Volbeat. Waxy later went on to tour with Kyuss Lives.
In 2005 he toured Europe on the same bill with Alfredo and James in Vic du Monte's Persona Non Grata and again in 2007 with James and members of his UK group Airbus.
Since 2007 Charles joined LA based Honky Tonk Punk band 'Devastaing Karate' releasing a string of albums and touring America.
Charles joined James for the Lakota project in 2014 and also payed bass with 'Vic du Monte's Persona Non Grata' prior to the formation of Avon with Alfredo. 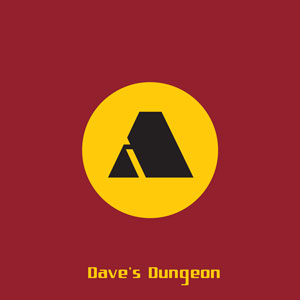