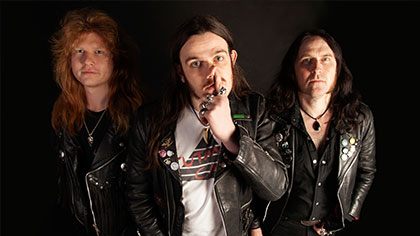 A Dream to Some...A Nightmare to Others.
These guys calmly walk on, bludgeon your senses with a baseball bat and then retire to the bar, leaving you with what's left of your mind in a pool in your pants.

"The best heavy metal has plenty of dirt under its fingernails: this lot must never be allowed to work in a food preparation area."
- Dom Lawson, The Guardian

ASOMVEL released their well-respected debut LP, Kamikaze, in 2009. Barely a year later, the band was shaken to its core when front-man, Jay-Jay Winter, was killed in a road accident.
Although a devastating tragedy, co-founding guitarist, Lenny, knew that the band had to continue in tribute to the determined spirit of their founder.

Since releasing their 2013 album, Knuckle Duster, with Bad Omen Records to much critical acclaim, and recruiting Jay-Jay’s Nephew, Ralph, the band has spent the last couple of years playing around the world; including a tour of Brazil, dates in Japan, Slovenia, Germany, Spain, France, Ireland - these dates included many respected festivals such as Hammerfest, Party San Open Air, Siege of Limerick, and MetalDays.

ASOMVEL are set to release their third album, World Shaker in 2019. 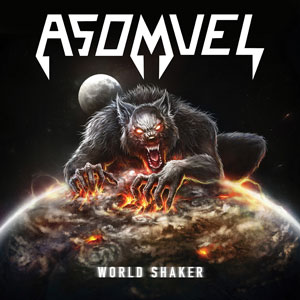