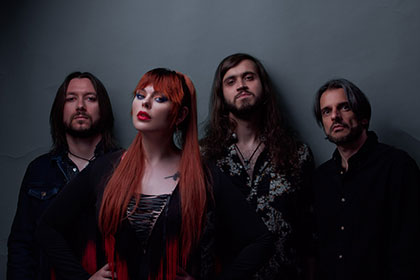 On the back of last year's critically acclaimed "Amber & Gold" EP, Alunah return with "Violet Hour", the new album and first for Heavy Psych Sounds (Brant Bjork, Nebula, Nick Oliveri). "Violet Hour" sees the energy of Alunah's dark, doom tinged hard rock being cranked up with the arrival of guitarist Dean Ashton (bass, Diamond Head) alongside the soaring vocals of Sian Greenaway and rhythmic foundation of Dan Burchmore and Jake Mason. Recorded at the historic Welsh Foel Studio and produced by Chris Fielding (Conan, Electric Wizard, Primordial) the 8 tracks on display show the fruits of a productive early 2019 with a searing combination of melodies, riffs and focused writing. From the opening combination of "Trapped & Bound" and "Dance of Deceit" the album pulls the listener in to an ominous world brought to life by artist "Felipe Froeder - Arcano XV" and doesn't let go until the brooding finale "Lake of Fire". With roots dating back to 2006 in "Sabbath City" UK and an evolution that has grown over four previous albums and numerous European tours/festival dates, the momentum now picks up the pace. A UK summer tour with The Obsessed and an appearance at this year's prestigious Damnation Festival have just been confirmed with further live dates to TBA. See www.facebook.com/alunah.doom for updates. 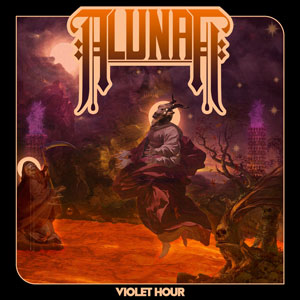